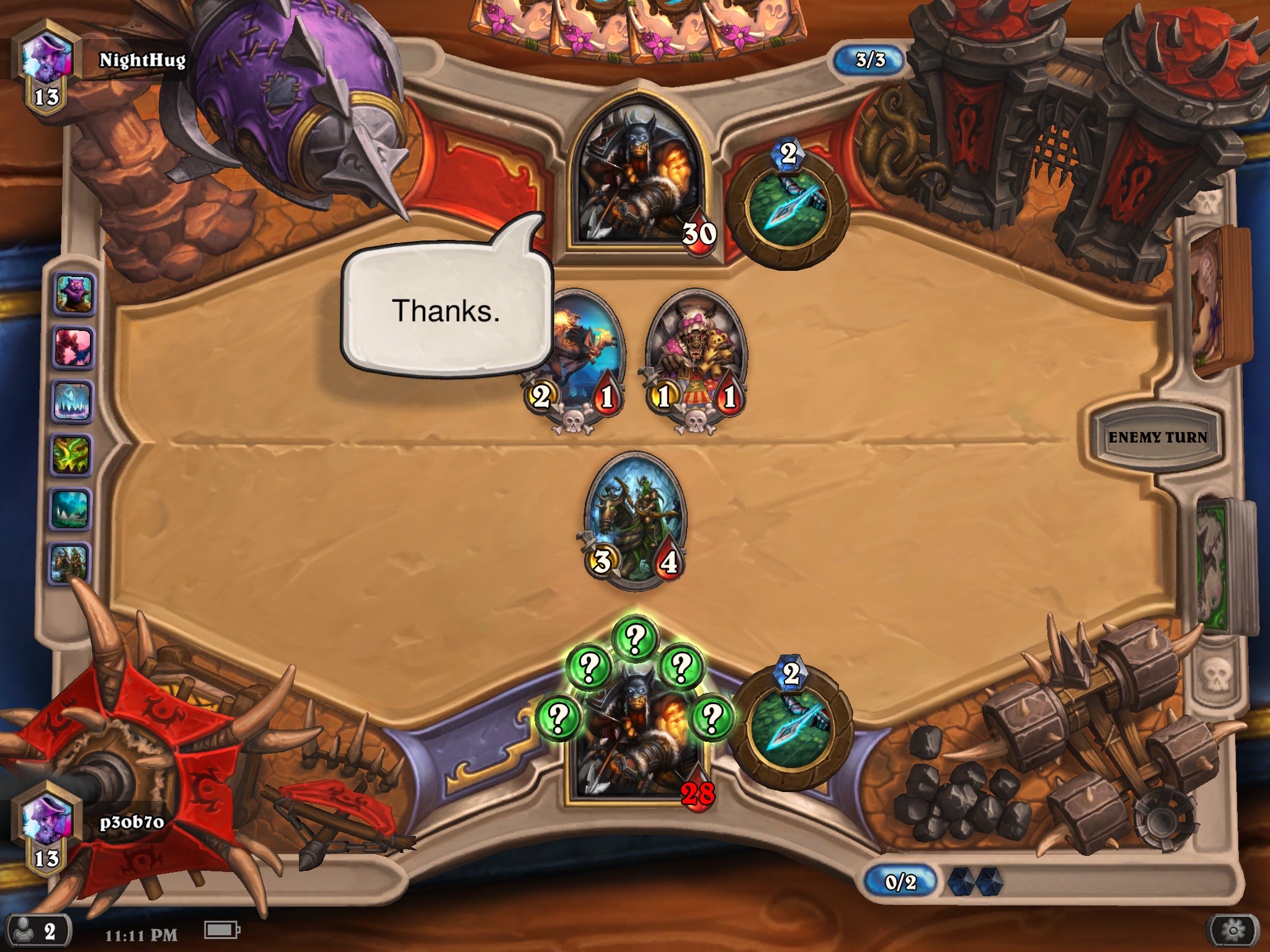 On the spot I noticed it (hence the screenshot), but it’s only after the game (won, by the way) that I realised how rare this was.

As you can see, this deck contains six different secrets: Cat Trick, Explosive Trap, Freezing Trap, and Snipe in two copies, while Bear Trap and Snake Trap were present only once.

The card log on the left shows that the one not in play was Explosive Trap.

Now, let’s look at the situation closely: for this to happen, it is imperative to play second, as without coin it would be impossible to play the Cloaked Huntress on turn two. That alone has a 0.5 probability of happening in a given game.

We start with 30 cards. I played my coin first, then all cards from right to left, starting of course with the Cloaked Huntress which reduces the cost of the secrets to 0, so I received the cards in the opposite order (left to right).

One could argue that it’s not that low, but considering I have been playing for about 16 months, and I played a total of 250 games with the Hunter, that still represents about 400 years of playing hunter at my current pace, which suddenly gives a better idea of the rarity of the event.