When I moved to Vienna, five years ago, I realised that I owned way too many objects.
I started putting them away in a storage space, thinking that the old “out of sight, out of mind” saying would apply.

Guess what? It did not.

Partly because near me or far away, I was still in charge of these objects, which was reminded to me monthly by the self-storage facility bill. Partly because I had again filled the free space with new objects and gadgets.

I decided to get rid of the storage space, and sorted its content in three stacks:

At the same time, I decided to stop buying things I don’t really need. It’s a long process, and still a work in progress; I am definitely not yet where I would like to be, which is to look around me, and for each single object I see, be able to say: “I really need that“.

Every single object we own comes at a cost, way more important than the money spent: the time and effort invested researching alternatives, the cost of missed opportunities for not buying another one, the cost represented by the shelf space and the care or maintenance it may require, and the cognitive cost of owning it, having to remember it’s place, purpose, mode of operation.
(Barry Schwartz talks about some ef these ideas in his excellent TED talk and book: The Paradox of Choice).

By owning fewer objects, I have freed important resources in my brain to learn new things.

I have decided to apply the same treatment to the long list of small things that I keep track to do “later, when I’ll have time”. As I have quite some time available these days, I am going through all these little things, and either making them happen, or deleting them once and forever.

I think I’d like to get to a place where I can look inside my brain, and for each single information I see, be able to say: “I really need that”.

Lucky me, I am not really able to control that… 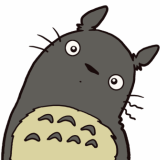