The end of the Swiss knife?

I’ve been following with a lot interest the evolution of mobile apps lately, specifically the trend that seems to be taking over, consisting in splitting big, heavy, complex apps into several small ones, each one dedicated to one single task, and linked to each other as needed.
A couple of day ago, Facebook announced at their developer conference that they are launching a cross platform open source solution to simplify and encourage deep linking between mobile apps.
Of course, it’s unlikely that Apple and Google will let Facebook get that market without a fight, so I bet we’ll see some of the classical compatibility issues during a standards war as always, but let’s hope that doesn’t slow down adoption too much, for the sake of being optimistic on a Sunday just after breakfast.
What’s really interesting in making it possible to link from within one app to another one seamlessly is that it should encourage developers even more to ship very simple and lightweight apps doing one task, but doing it really well. 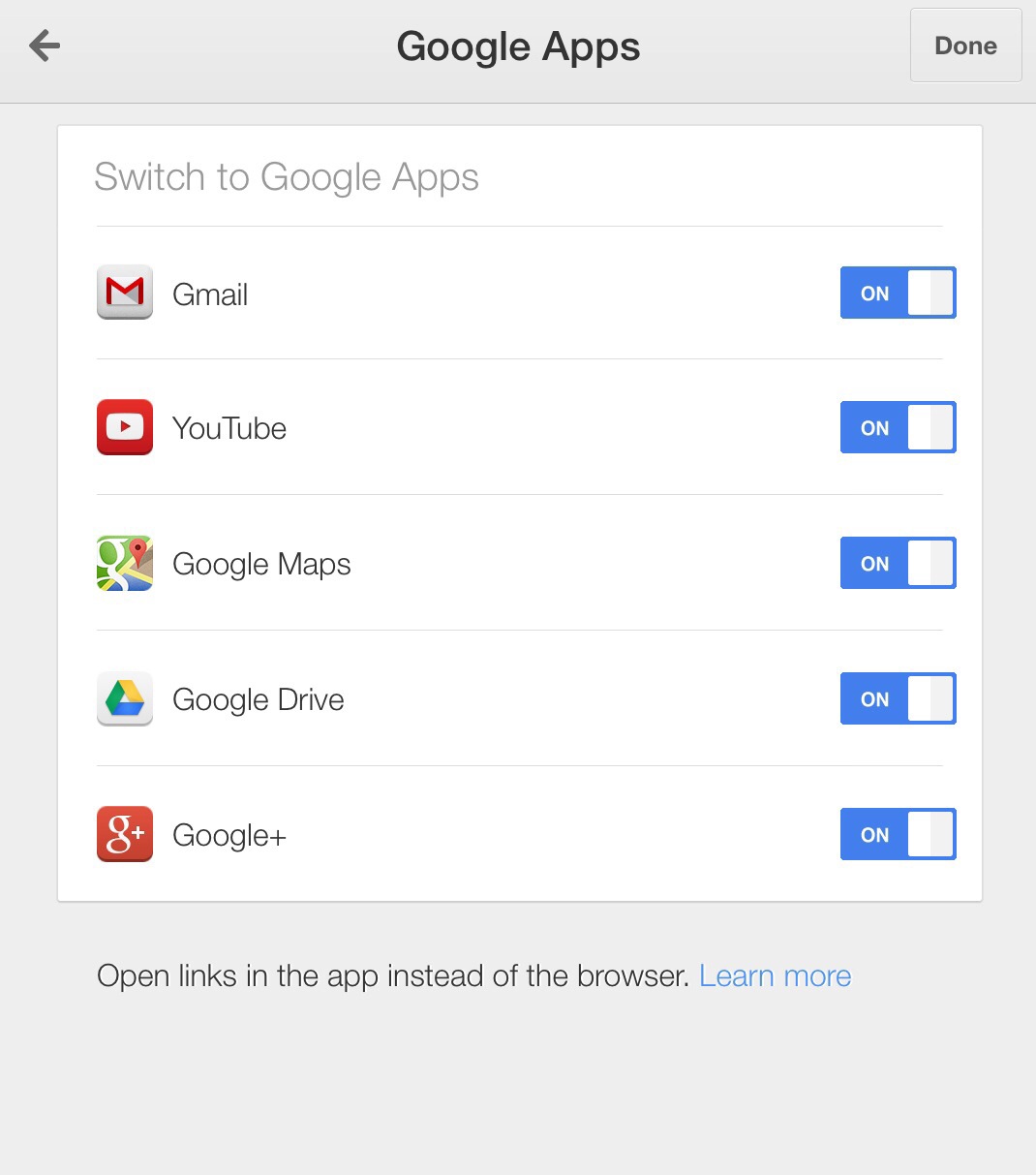 Facebook, again, is taking this road by spinning Messenger off the main app, and Google is even further down it, as illustrated by the screenshot above, and the settings screen here.
This is a very flexible strategy for both the development teams and the user perspective, as the former can make progress on the specific features of one app with minimal chances of breaking the others, making iteration and deployments faster, while the latter can customize their own experience by only installing the pieces they need, going from a minimal to a fully featured experience as they wish.
Since a few days ago when the new Sheets and Docs apps have been launched, I have enjoyed using Google Drive docs much more, as I mostly just need to open and edit spreadsheets, which I can now do from a dedicated app doing only that.
Is there an app you’d like to see split in multiple components?

One response to “The end of the Swiss knife?”